In this section, you will be shown how to use the .NET Core command line tools to create a simple Razor Pages application and how to build and run it in the browser. You will also explore the various parts of the application and understand the role that each part plays.

Try it out: creating your first Razor Pages application

If you are using Visual Studio, choose Create New Project from the start screen 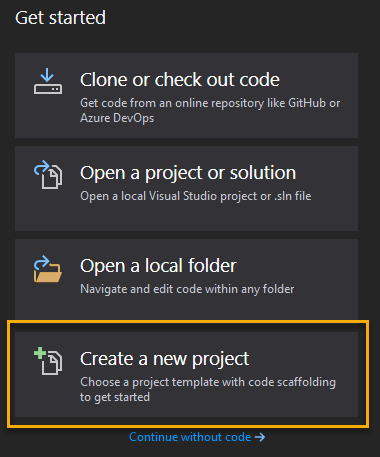 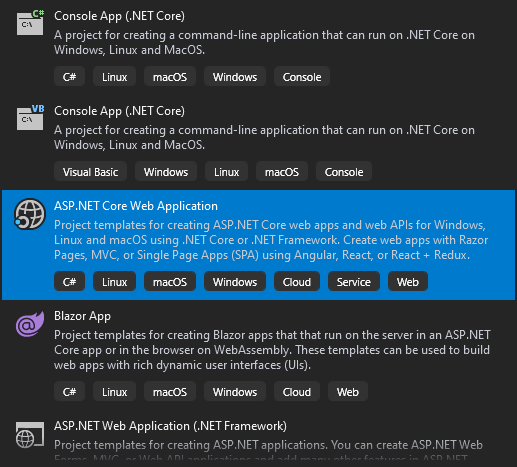 Amend the project name options and the location where the project files will be created to suit your needs.

Next, select Web Application from the template options that appear: 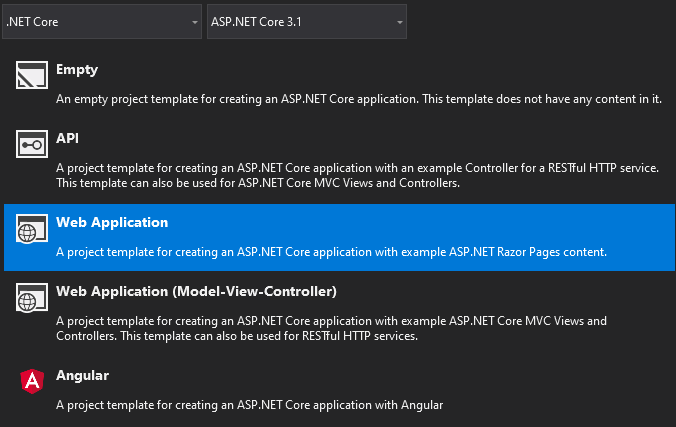 This will result in a new Razor Pages application being created which should be identical to the one generated via the command line.

Anatomy of a Razor Pages application

A Razor Pages application comprises many folders and files. In the next section, you will explore the files that were generated when you created, restored, compiled and ran the application in the previous section. Here is an explorer view of the application folder structure followed by a closer look at each folder or group of files. Prior to .NET 6, the project template included an extra C# code file, Startup.cs: 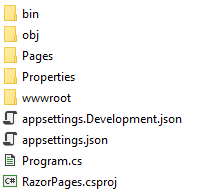 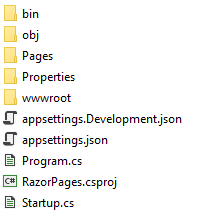 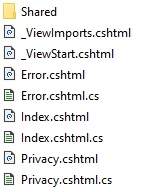 The wwwroot folder is where static files are placed in a .NET Core web application. These files include the CSS style sheets, images and JavaScript files used by the site. An additional folder named lib contains third party client-side packages. These packages are managed by LibMan, the default client-side package manager for Razor Pages and MVC applications.

The third party client side packages included as part of the template are:

A number of files reside in the root folder. 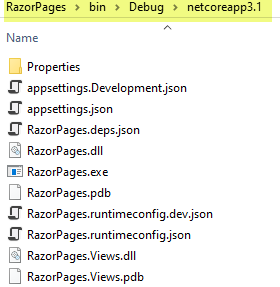 The bin folder is the default output location for binary files generated when the application is compiled. Typically, this folder contains two sub-folders, Debug and Release. The first is for the binaries that result from compiling the application in Debug mode, and the second is where binaries generated from a compilation in Release mode are placed. Both of these folders contain a subfolder named netcoreapp[version number], where [version number] represents the version of .NET Core used to create the application. If you are using .NET Core 3.1, for example, the folder name will be netcoreapp3.1. The files that you see in the image above are from /bin/Debug/netcoreapp3.1/ 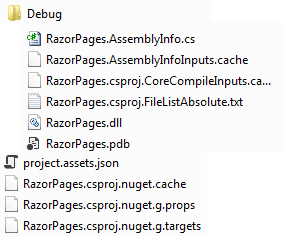 The Obj folder is used to store temporary object files and other files that are used to create the final binary during the compilation process.